On Thursday, 1 September 2022, His Majesty the King accepted the last volume of the Complete Works of Willem Frederik Hermans in De Nieuwe Kerk in Amsterdam.

Seventeen years have passed since the King, as Prince of Orange, received the first volume of the Complete Works in 2005 from Ruprecht Hermans, the author’s son. Ruprecht Hermans also handed over the last volume of the edition. The Complete Works are considered to be a unique project in which the Huygens Institute is collaborating with the WFHi and De Bezige Bij publishers. The 24 volumes bring together all Hermans’ separately published works and the uncompiled texts, arranged by genre with a chronological presentation within each. Besides his novels, they include poems, plays, contemplative work and photographs and collages (visual work). 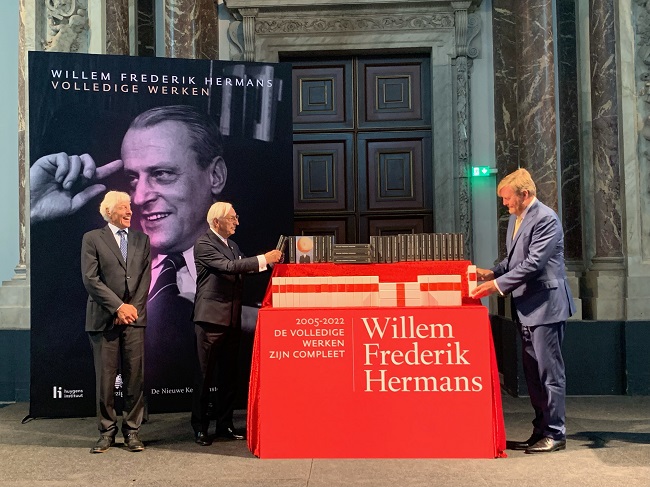 The programme consisted of various speakers, including Heleen Debruyne and Peter Buwalda, who both gave eulogies. The winners of the national Willem Frederik Hermans writing contest were also put in the limelight by Jacqueline Bel, professor of modern Dutch literature at the VU. Under the title What is a hero? pupils from pre-vocational secondary education (vmbo), senior general education (havo) and pre-university education (vwo) were invited to submit a story for a whole year. Every day they were inspired by a different quotation from Hermans, 364 in total. Peter Kegel, researcher/project leader of the Complete Works, gave more background to the project and talked about the new perspectives on Hermans’ literary work – for ‘old’ and new generations of readers – that have become possible with the completion of Hermans’ Complete Works.

The final ceremony in honour of the completion of the 24-part ‘literary monument’ was introduced by Marileen Dogterom, the president of the Royal Netherlands Academy of Arts and Sciences (KNAW). She called on Ruprecht Hermans and the chairman of the Willem Frederik Hermans Institute (WFHi), Raymond Benders, and finally the King. Hermans presented a deluxe edition of the last volume to the King, after which the Complete Works were ceremoniously completed. His Majesty placed the last volume with the deluxe edition and Raymond Benders placed the last volume of the public edition.

The ceremony also officially marked the end of the Willem Frederik Hermans Year. The jubilee year was opened last year in the same church with the unveiling of a commemorative stone by Mayor Halsema. This year His Majesty visited this stone after the ceremony, where the cat Abatutu (known from the Dutch film De wilde stad) acted as a host. Willem Frederik Hermans was a great cat lover. 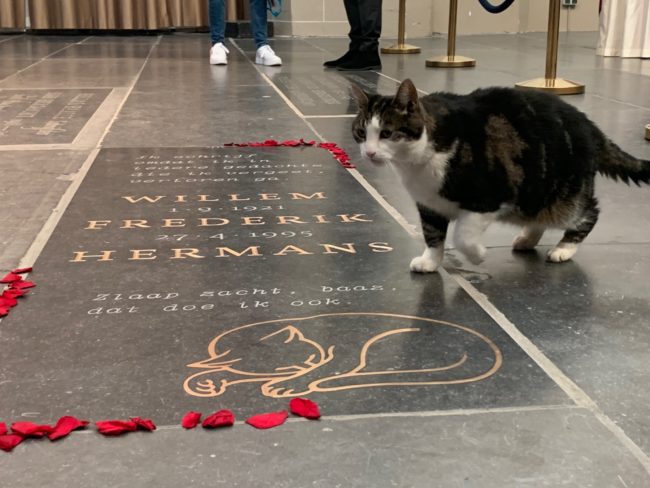 All the texts of the Complete Works have been traced back to the source, and then, usually by means of handwritten corrections made by Hermans to his own books, arrived at a definitive and scientifically sound form, according to the author’s own adage: ‘I wish that all the old printings of books reprinted in improved form would crumble to dust as if by magic, even if it were only a comma’. 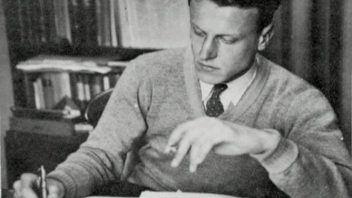 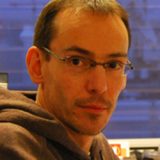 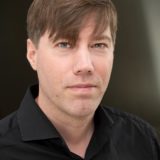 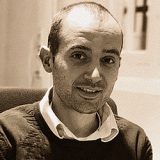 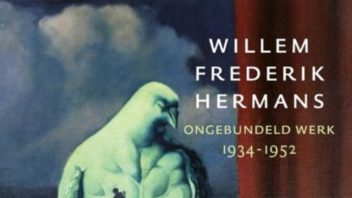 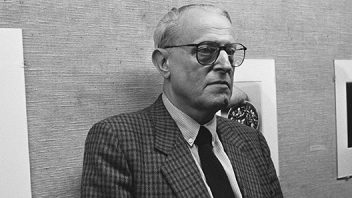