The Dutch Republic was one of the world’s great powers in the long 17th century. The rise of this small country to a position of trade dominance, a first rate cultural, political and military power and the centre of a colonial empire, make the Dutch Republic of great scholarly interest to scholars all over the world. The republican form of government in itself was an exception at the time. The country was led not by a monarch, but by delegates of the Provinces, the States General. The decisions of this body, its so-called “resolutions”, were of global importance.

Historians have long recognized this, but efforts to make the resolutions accessible for research floundered on the sheer size of the corpus. With cutting-edge methods which have only become available these last few years, access to this historical treasure trove has become feasible. This will allow historians to answer numerous important questions about the Dutch golden age.

Up to now the resolutions are primarily used for limited research on specific topics, people and places. For the period 1576-1630, researchers can use online available editions, varying in design and format. This inhibits research into long-term developments like the changes in the treatment of petitions or the fluctuations in the interaction with other states. This drawback applies equally to research into the dividing line between formal and informal politics, governance, the development of political ceremony or politics behind the scenes. Performing serial research into the attendance at meetings and in committees, or on issues like economic and military policies, is now very difficult. All this will be made possible by REPUBLIC (Resolutions Published in a Computational Environment). Only when all the resolutions from the full 1576-1796 period can be accessed, we can begin answering questions relating to early modern institutional innovation, political reconstruction, “regime change”, networking, politics, language and representation. This holds not only true for research questions related to the political process itself, but also to other long term shifts, both internationally and within Dutch society (e.g. the relative position and wealth of the provinces, the competition between navy and army, the importance of different colonies, the treatment of different religious groups).

REPUBLIC will provide access to digital images of circa half a million pages of handwritten and printed political information from the Dutch Republic. In order to access their content REPUBLIC will deliver automated transcriptions and structured text that will be improved by both machine learning and human correction. We will automatically identify languages, dates, named entities (persons, geographical names, institutions), and certain text elements, and make this information available in an annotation layer. A framework for structured data will help users to access the resolutions by topics. These ground-breaking tools will create full access to the complete body of resolutions passed by the States General, 1576-1796. REPUBLIC will provide an online, Open Access Research Environment that enables research by historians, political scientists and all those interested in the practice and evolution of politics, and the topics that politicians deal with, both in the Netherlands and abroad. 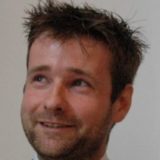 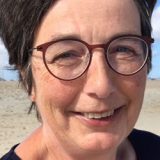 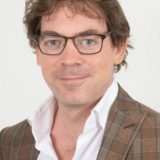 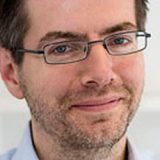