Our digital edition of the letters from and to Vincent van Gogh received its annual update in January. The portrait that was recognized as authentic in January 2020 has also been added to the edition.

With this update, the edition is updated to the latest state of the Van Gogh scholarship. A large number of minor improvements have been made to the text, the notes and the English translation. Better images of a number of Van Gogh’s works and of a number of manuscript pages have become available. The most interesting substantive change relates to the letter of 20 September 1889. Van Gogh describes a self-portrait as ‘an attempt […] from the time that I was sick’. This refers to the portrait, owned by the Nasjonalmuseet in Oslo, recently recognized as authentic by the Van Gogh Museum. An image of that portrait is now included in the edition (annotation 14).

Since last year, the digital source files of the edition are also available for non-commercial use. Researchers, data analysts and journalists can process the files and visualize them with any suitable tool. In this update of the edition, the languages of the letters (Van Gogh wrote in Dutch, French and sometimes in English) are now explicitly indicated. Text analysis software can take advantage of this. The public availability of the source files is a result of the KNAW’s open access policy.

The digital edition of Vincent van Gogh’s letters contains all preserved letters from and to the painter. In the letters, generally recognised as a masterpiece, Van Gogh writes about his paintings, his ideas about art, his often difficult life, his painter friends and family. The edition, which is freely accessible on the web, was published in 2009 and is updated approximately once a year. The edition is a collaborative project of the Van Gogh Museum and Huygens ING. 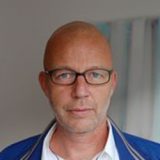 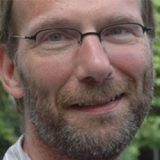