This database follows on from Sports associations, athletics clubs and sports periodicals in the Netherlands until 1940 (‘Sportbonden, sportclubs en sportperiodieken in Nederland tot 1940’). It will contain the names of all associations and clubs formed for these sports after 31 December 1940. Furthermore, additions and corrections will be made to the part covering the period before 1940. It will also become possible to search for the year when any club joined a sports association.

The practising of sports has sharply increased in the eighties of the previous century and numerous associations were consequently set up. In the nineteen fifties, professional football came into existence and in other sports, the organisation of clubs and the training of sportsmen and women became followed the trend towards professionalisation. In the nineteen nineties, the number of sports clubs nevertheless started to fall, partly as a result of mergers and club closures. The last denominational sports associations also disappeared, leaving only one national neutral association in each of the six sports listed above. The new database maps out this development, creating new research opportunities for professional historians, sociologists, reporters and others interested in sports history. 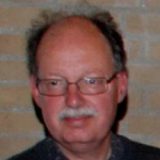