Seafarers are a fascinating class of workers. They form a dynamic labour force, characterised over the past 400 years by varying levels of internationalisation. In a number of related research projects, we delve into the functioning of maritime labour markets and the characteristics of the seagoing workforce, and the changes these underwent over time. We are interested in questions such as: how did skill levels of seamen develop over the centuries? How international was the maritime sector? And what changes in the level of internationalisation do we witness over time? What differences can we observe between careers of native and migrant sailors?

We regularly post blog posts about our research into the maritime workforce on the website Maritime careers. This website also provides more information on ongoing and finished research projects around this theme. Currently, our research centres around two projects. In VOCation, we reconstruct the careers of sailors on Dutch East Indiamen to be able to compare career trajectories of employees with different countries of origin and examine the opportunities for social advancement in the VOC: what were the chances for a new recruit to gain promotion? Did the origin affect their chances of promotion? Does origin have a stronger effect on certain ranks? In Sailors on Dutch merchant marine in the 19th and 20th centuries, we look at the same questions for the modern period. Using data from records of shipping companies, we try to find out who worked on board of Dutch merchant marine ships in the 19th and 20th centuries. Where did the sailors come from, what was their education, how did they proceed through the ranks? Finally, in a smaller sub-project, we compile a series of mini-biographies of merchant seamen of the VOC and other Dutch companies to place their maritime careers in a wider context.

These projects will result in several academic articles on various aspects of the maritime labour market, a publicly accessible data set on sailors of the Dutch merchant marine, and ultimately in a book (narrative history, in Dutch) about the role and position of the shipping sector and its sailors in Dutch society, co-authored by Jelle van Lottum and Lodewijk Petram. Research assistants Daniël Tuik and Jessica den Oudsten are also involved in this research. 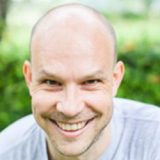 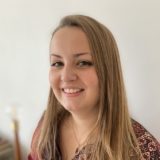 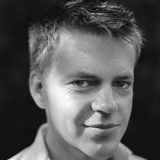