The scientific revolution of the 17th century was driven by countless discoveries in the workshop, in the observatory and in society at large. The Dutch Republic played a key role in this “information society” avant la lettre. Its global trade network, its prosperity and its relative tolerance made the Republic a refuge for intellectuals from around Europe. A dramatic increase in the amount of information gave rise to new knowledge. But how were new elements of knowledge disseminated and appropriated? This research question stood central in the project The Circulation of Knowledge. A web-based Collaboratory around Correspondences  project (2008-2013) that was set up to map the dissemination and appropriation of themes of interest of Early Modern Dutch scholars and scientists working in the Dutch Republic as part of the Republic of Letters. Consortium partners in this NWO-Middle Large Investment project were the Descartes Centre (Prof. dr. Wijnand Mijnhardt p.i.), Huygens ING, DANS, University of Amsterdam and the KB National Library of the Netherlands. Within this project Huygens ING developed the ePistolarium infrastructure. A combination of methods and tools allows users to extract concepts and ideas from a dataset of over 20.000 letters of Dutch scholars and scientists working in the Netherlands in the Early Modern Period, such as Constantijn and Christiaan Huygens, René Descartes, Hugo Grotius, Isaac Beekman, Jan Swammerdam, Antoni van Leeuwenhoek and Caspar Barlaeus.  The result of implementing a combination of Natural Language Processing techniques and topic modelling allows the database of the Circulation of Knowledge project to be queried by typing in keywords, by selecting given search options (facets) in combination (facetted search) and similarity search. The topic modeling method enables to automatically extract words that in combination can be interpreted as being representative for specific topics in the correspondences. After its official completion in 2013, CKCC was one of the projects selected by CLARIN-NL for the development of an educational module to make students familiar with the ePistolarium tool vi assignments and research questions. The ePistolarium tool was continued in the context of the COST action IS1310 Reassembling the Republic of Letters (2013-2018) and is still under further development. In 2018 the complete correspondence of Pierre Bayle will be included and in the coming years the last volumes of the Antoni van Leeuwenhoek. Moreover, the ePistolarium will be further integrated in the digital IT infrastructure of the KNAW Humanities cluster.  This infrastructure will also used for the data and tools of the epistolary network to sustain the outcomes of the project Reassembling the Republic of Letters. 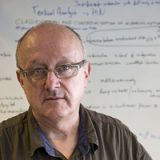 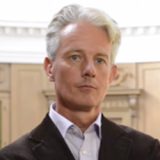 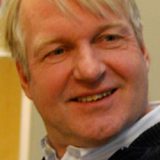