The dissemination and assimilation of philosophical and scientific texts from Antiquity via Arabic and Arabic-Latin translations has been of special importance for the development of spiritual life in the Middle Ages. In the history of this transfer of knowledge, Michael Scotus (early 13th Century) counts as one of the most influential translators. Next to Aristotle’s works, he also translated Avicenna (Ibn Sn, 980-1037) and Averroës (Ibn Rušd, 1126-1198), Arabian scholars and interpreters of Aristotle’s school of thought. Scotus’ translations have facilitated the definitive breakthrough of Aristotelianism in Western Europe.

Typical for Scotus’ style is his inventive way of abbreviating the elaborate explanations in the Arabic translations, thus contributing to the text’s clarity. His version, therefore, is one often rephrased from the contents of the translated work. 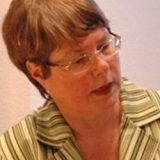