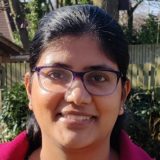 I am an early modern historian. I completed my doctoral degree at the University of Leiden (2014) and worked as a Departmental Lecturer at the University of Oxford (2016-17), Career Development Lecturer at Pembroke College, Oxford (2018-2019) and Stipendiary Lecturer in History, Brasenose College,Oxford (April-September 2021). My doctoral dissertation was brought out as a book titled Staging Asia: The Dutch East India Company and the Amsterdam Theatre by Leiden University Press in 2016. Like my book, my articles have focussed on global history and how the Dutch encounter with Asia in the seventeenth and eighteenth centuries was captured in writing in VOC records, travel accounts and literary works. I currently research the subject of disease in the early modern Banda Islands, Indonesia.