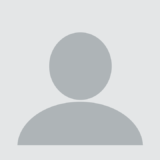 Frank Brandsma (1960) is associate professor Comparative Literature (Middle Ages). His special topics are narrative techniques and emotions in medieval Literature and Arthurian romance. His courses are on Arthurian literature, medieval literature in the classroom and literary history. Since 2014 he is one of the editors of the journal Queeste. With Carolyne Larrington (Oxford), he is in charge of the Arthurian Emotions Project, which yielded the book Emotions in Medieval Arthurian Literature: Body, Mind, Voice in 2015. Together, they contribute to the project “Emotion and Medieval Self in Northern Europe”, led by Sif Rikhardsdottir of the University of Iceland. As of Sept 1, 2018, he is affiliated to the Huygens Institute research institute in Amsterdam, where he will work on a digital edition of a part of the Lancelot Compilation. With Bart Besamusca he edited a new handbook on Middle Dutch Arthurian literature, which pays special attention to the Lancelot Compilation: The Arthur of the Low Countries: the Arthurian Legend in Dutch and Flemish Literature (2021).

Brandsma, Frank and A.A.M. Besamusca The Arthur of the Low Countries: The Arthurian Legend in Dutch and Flemish Literature Arthurian Literature in the Middle Ages. Cardiff: University of Wales Press. 2021.