In 2015, the Municipal Archive of Den Bosch digitised millions of deeds from the protocols of the aldermen’s court of  ’s-Hertogenbosch, making them accessible online. This Bosch’ Protocol consists of 620 serials from 1366 to 1810 and it primarily contains the registers that were the precursor of the Land Register, of the holders of an indivisible, perpetual lease, which is heritable by all lines, of the city of ‘s-Hertogenbosch. Not only do these registers contain real estate transactions, but also the registration of bets, imposed pilgrimages, restorative justice agreements, estate inventories, liberations, wills, loan notes, letters of indemnity and discharge, promises to pay and deeds about all sorts of trivial matters. Only 30% of the deeds in the Bosch’ Protocol relate to the town itself; the rest relates to Meierij of ’s-Hertogenbosch (the Bailiwick of Bois le Duc) and in approximately 135 municipalities in the Netherlands. Noteworthy is that this municipal source not only stretches far beyond the boundaries of the City and Perpetual leasehold register, but also has an international component with records on persons and/or places in Belgium, Germany, England, France, Denmark, Luxembourg, Switzerland, Italy, Scotland and Spain, to the far corners of Israel and Palestine.

Due to the digitisation of the aldermen’s Protocol, these deeds are open to global access online in the form of 546,259 scans, but they are not yet searchable. For research in the registers for the period 1366 to 1500, handwritten index cards are available, which have been indexed based on personal and place names. However, it is as yet impossible to perform a digital search through them. The protocols from the period 1500-1810 can be considered virtually inaccessible. There are some very basic indices from the eighteenth century (27,369 scans), that have been made searchable online via the crowd sourcing project ‘Goed geregeld! Brabanders in het Bosch’ Protocol 1501-1793’. In 2016, the database BoschDoc was published, developed by the Huygens ING, including 242 deeds from the Bosch’ Protocol about the painter Jeroen Bosch and his family.

The objective of this project is to develop a digital infrastructure for the scientific indexation of this complex source through the deployment of innovative HTR technology such as Transkribus and by linking data in the aldermen’s protocol to available structured databases, such as Dataschurk (criminal records 1550-1803), the Housing database (deeds of delivery for dwellings 1650-1821) and the notarial archives (wills from 1580-1842 and estate inventories 1600-1850). 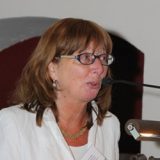