In the project ‘Digital forensics for historical documents. Cracking cold cases with new technology’, funded by the Research Fund of the Royal Dutch Academy of Arts and Sciences, Huygens ING and IISH collaborate. Techniques of digital image analysis are used to create new ways to analyse samples of historical script. The project started in June 2018, and ends in June 2021.

Palaeografical analyses with a forensic method

The project Digital Forensics aims at creating a bridge in between two different ways of handwriting analyses: the forensic method (graphanalysis) and the palaeographical method (the study of the development of scripts through space and time). In forensic research, analysis wishes to determine to establish a unique profile of script per individual, in order to conclude who wrote which text. In palaeography, the study of old scripts, the aim is to establish when and where something was written. In Digital Forensics, the two methods will be combined in a single ‘deep learning system’: we will train a software system to see similarities and deviances in script with training datasets, so that it will be able to match similar script samples in a palaeographically meaningful way. This method is now possible for the first time because of two recent, powerful developments: the mass digitization of medieval manuscript images and the embracing of a shared format for these images: IIIF (International Image Interoperability Framework).

The project has two subprojects. In one project the analysis is aimed at identifying individual hands (‘who wrote which text?’). This project is led by Matthias van Rossum (IISH) and works with material form the administration of the Dutch East Indies Company. In the other project a new method is created to analyse the dating and location of medieval scripts (‘what was written when and where?’). This project is led by Mariken Teeuwen (Huygens ING), with Hannah Busch (Huygens ING) as a PhD student. Both projects rest firmly on the work of Rutger van Koert (DI), who builds the software system for the analyses. A team of internal and external partners, furthermore, are involved in giving feedback and advice, both on the basis of their historical and on their technical expertise. 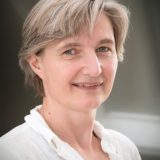 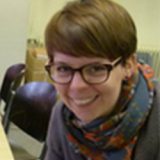