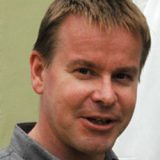 Michael Baars studied at the Bibliotheek- en Documentatie Academie (Library and Documentation Academy) in Amsterdam, where he followed the Assistant Librarian (1985) and Music Librarian (1986) educational programmes. He has worked at the Public Library in Amstelveen, the Library of the Royal Netherlands Academy of Arts and Sciences (KNAW), and the Netherlands Institute for Scientific Information Services (NIWI), among others. At the Huygens Institute he has been working as documentalist and Information Specialist at the Bibliography of Dutch Language and Literature (BNTL), an online database of Dutch, Flemish ad foreign publications on Dutch language and literature from the period 1940 to the present. After 2010 he has been working on the Biographic Portal of the Netherlands, The Digital Women’s Lexicon of the Netherlands (DVN), and various projects within eLaborate4 (a.o. Ogier van Denemerken, La correspondance d’Isabelle de Charrière). As data-curator for the department of Data Management he is also involved in transcribing documents for various projects: a.o. Generale Missiven VOC 1610-1795 (about the Dutch East India Company), Republic (about the accessibility of the resolutions of the Staten-Generaal (Dutch government), 1576-1796) and De Oorlog voor de Rechter (making CABR (post-2nd World War jurisdiction)-archives accessible).