The Dutch polder has a reputation for enabling effective and balanced adjustment to changing socio-economic circumstances. The system, however, has not led to a balanced outcome regarding labour market flexibility.

In this project, we research why the polder has been unable to reach a compromise on flexible work that receives broad support in Dutch society. Has a power imbalance developed between workers and employers? Is the polder no longer effective because of structural economic changes driven by technological development? Has international competition become paramount due to the small and open nature of the Dutch economy? Or is it a combination of these factors? Finally, we analyse which lessons can be drawn from these findings for the desired degree of flexibility in the work relationship and the future of the Dutch polder.

At the centre of the project is a comparison between the role of the Dutch polder in the societal acceptance of temporary agency work and the upsurge in part-time employment on the one hand, and the later development of the temporary work agency sector and the rise of on-call contracts, fixed-term employment and own-account work on the other. The first two changes speak to the reputation of the polder: the outcome was balanced, accounted for the interests of workers and employers, and received broad societal acceptance. The more recent developments, however, give a different picture. The substantial increase in flexible work since the 1980s has attracted much societal criticism for being overly detrimental to workers, especially to those with a vulnerable labour market status.

The project is a collaboration between Utrecht University and the Huygens ING, financed by the Instituut Gak. The research takes place between September 2019 and the end of 2023. 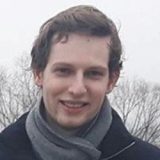