Diplomatics in the Netherlands

History of Diplomatics in the Netherlands

Diplomatics, that is the critical analysis of charters and other documentary sources, is a respectable historical discipline. It was Jean Mabillon who in his De re diplomatica (1681) gave the study of charters a first methodological basis, at the same time coining the term ‘diplomatics’. In the nineteenth century, German historians lifted the discipline to a higher level, in conjunction with large diplomatic edition projects. Since then, diplomatics has universally become a well-defined auxiliary science, with its own methodology that also involves other disciplines, such as palaeography, chronology and sigillography. Charters are extremely important sources for medieval history, which is why they are subject to critical analysis based on a fixed method, in order to optimise them for historical research. Furthermore, diplomatic research makes meaningful contributions to medieval studies in general, including in the fields of institutional and cultural history.

This project investigates the practice of diplomatic research in the Netherlands, as it evolved here, often in conjunction with historiography and diplomatic editing techniques. It tracks the discipline’s development across approximately five centuries: from the first steps in late medieval historiography, via the efforts made circa 1600 by scientists such as Arnoldus Buchelius and Petrus Scriverius, the missed methodological boat in the nineteenth century; the adoption of the scientific method in the twentieth century (which was accompanied by fierce methodological disputes), to the new digital challenges of our time. Thus, the research sheds light on an interesting aspect of the Dutch history of science. 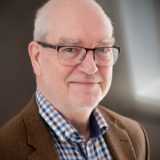