In the context of the 2016 funding round for humanities, referred to as ‘Vrije Competitie Geesteswetenschappen’, NWO awarded € 750,000 to ‘Monarchy in Turmoil: Rulers, Courts and Politics in the Netherlands and Germany, c.1780 – c.1820’, a joint research project of  Leiden University and the Huygens Institute.

The approved project examines how the royal court in the Northern Netherlands and in German states can be redefined in the period 1780-1820, when revolutions and wars drastically altered the existing relationships in Europe. How did monarchs shape their court in this turbulent transition period? How did the rulers try to convince themselves, their elites, subjects and fellow monarchs of the legitimacy of their acquired position? How did they fit in with the modernised regime, which not only supported them but also limited their personal claim to power? Was the monarch and his court actually still at the centre of the political system in the way he used to be? Or did he gradually fade into the sidelines of the well-oiled state bureaucracy? Where were the decisions made, and which groups tried to influence the decision-making? In short: how, during the different phases of the transition period 1780-1820, did the claims to legitimacy and practical political decision-making in the vicinity of the monarchs shift both in the Low Countries and in the neighbouring German states?

By studying six cases in the Northern Netherlands and in the (former) Holy Roman Empire from a comparative perspective, both diachronically in one region and synchronically juxtaposing nearby regions, the project will try to assess how monarchical power took shape. Each of the three sub-projects focuses on one distinct phase of the transition period: i.e. the late Ancien Régime, the Napoleonic period and the early Restoration. In each case, the same questions are raised about the changes in legitimisation and shifts in decision-making close to the throne.

As far as the late Ancien Régime is concerned, the court of William V, the last stadtholder of the Dutch Republic, is compared to that of William IX, landgrave of Hesse-Kassel. This sub-project is carried out as a doctoral thesis at Leiden University by Quinten Somsen MA. The imperial brothers Louis and Jérôme Bonaparte, who respectively ruled in the kingdoms of Holland and Westphalia, are the obvious examples from the Napoleonic period. This sub-project is carried out by dr Jos Gabriëls as post-doctoral researcher at Huygens ING. Lastly, William I as the monarch of a restored and expanded United Kingdom is compared with another ruler from the Restoration period, Frederick William III, king of a Prussia that was battered and bruised by war and occupation, and that was the smallest state to get around the Vienna conference table. This sub-project will be carried out by dr Joost Welten as post-doctoral researcher at Leiden University.

The project is led by Prof. Jeroen Duindam, principal applicant on behalf of Leiden University. At Huygens Institute the project will be coordinated by Dr. Joris Oddens, who is also supervising Quinten Somsen’s PhD project. 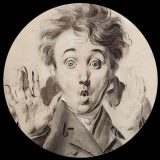