Drought as a result of climate change is an increasing challenge worldwide. This inspires us to investigate societal resilience to drought by researching how people coped with shortages of drinking water in the past. In the Netherlands, before the introduction of piped water in the nineteenth century, the provisioning and use of drinking water was flexible and adaptable. An important characteristic was water procurement from multiple sources: groundwater, rainwater, surface water.

The research question is: in what ways did the practices and norms and values regarding the provisioning and use of drinking water develop in the Netherlands between 1550 and 1850, and how did they contribute to societal resilience to drought under differing environmental and social conditions? We make comparisons between dry and humid periods and select case-studies in the cities in the Eastern and in the Western Netherlands. The higher elevations of the Eastern Netherlands had access to good ground water and surface water, while cities in the low-lying Western Netherlands depended on rain water, because ground water and surface water were brackish and polluted by industrial and human waste.

The main aim of this project is to deepen our knowledge about societal resilience to the results of climate change. In addition, our historical imaginaries may inspire to seek creative adaptations to frequent and severe droughts.

The project is a cooperation between Vrije Universiteit Amsterdam and Huygens Institute, whereby the institute will concentrate on cities in the western, low-lying regions of the Netherlands. The projects runs from January 2020 to January 2025 and is subsidised by NWO. 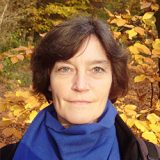 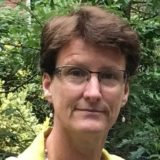