Amand Berteloot published his reconstruction of Ogier van Denemerken in parts. The ingenious reconstruction has since been carefully checked and embedded in an innovative digital edition that is now accessible to everyone. The reconstructed Middle Dutch text is accompanied in the edition by scans of the manuscript pages, the annotated transcription of the Middle High German text and a translation into contemporary German. The digital edition also contains a detailed introduction, both in Dutch and in German.

The original Flemish text of the “Ogier” was entrusted to the copyist Ludwig Flúgel at the court of the Counts Palatine in Heidelberg at the end of the fifteenth century, to make a copy of it. He made the copy on the basis of manuscript Cpg 363, which is kept in the Heidelberg University Library. Unfortunately nothing remains of his Flemish army. Flúgel’s copy, completed in 1479, is written in a unique mixture of Middle Dutch and Middle High German. An edition that wants to do justice to the Heidelberg manuscript cannot escape a meticulous reconstruction of the Flemish sample text.

The edition was realized through collaboration between project leader and editor Prof. Dr. Amand Berteloot (Ostbevern, Germany), the Huygens ING and the Heidelberg University Library. Berteloot is the creator of the transcription of the Middle High German text, the translation into Middle Dutch and the modern German translation. Dr. Klaus-Dieter Luitjens (Heide, Germany) contributed to the German translation of the Middle Dutch text and the German-language introduction.

The special history of Ogier van Denemerken is described on Neerlandistiek.nl.

The edition including scans of the manuscript (Dutch and German) can be found here.

To view the original Manuscript (including links to the edition), click here. 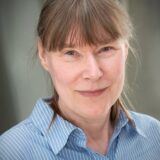